WOUNDED: Eightieth in a Series of Jess Williams Westerns

In this 80th installment of the exploits of bounty hunter Jess Williams, he takes on some of his most evil foes yet. Sid Norton is a tough one. The notorious killer ambushes Jess, wounds him and heads in to finish him off. Just then a young woman living in the woods with her son fires at Norton and he rides away.

The woman is named Mandy and her boy is Davey. Together they get Jess to their tent. Mandy cleans and stitches his wound and they wait for him to come around, hoping they’ve done enough to keep him alive. When Jess wakes up he’s grateful, of course, but also concerned about the two living alone in the woods. Although Mandy has spunk, the pair might not be as lucky the next time evil men arrive. He convinces them to go with him as he follows Norton’s trail to the next town.

They find that Norton has continued his murderous ways, killing off the mayor and new town marshal of Deerfield, leaving the mayor’s wife to manage the general store they owned. Elsie, however, is in a wheelchair. Jess sets up Mandy and Davey to live with her and help run the store.

Jess is anxious to end Norton’s reign of terror before the killer takes the lives of any others, but Norton has already acted. After killing two more people in Temperance, Texas, one the barkeep, Norton holes up in the saloon in a battle to the death. Jess wins that battle and then heads to California, Texas, to turn in the body.

As soon as this task is finished a wagon arrives with a woman doctor clinging to life. She had earlier tended to Jess’s wounds, but after she treated one of the Coker brothers the ungrateful killer shot her and left her for dead.

As Jess heads off to seek vengeance on the Coker brothers, he comes across an old friend, but not under happy circumstances. John Booth has been chasing a bad guy but now he’s lying in the dirt barely alive. They head to the town of Mulberry to get him treatment and go after the Cokers. 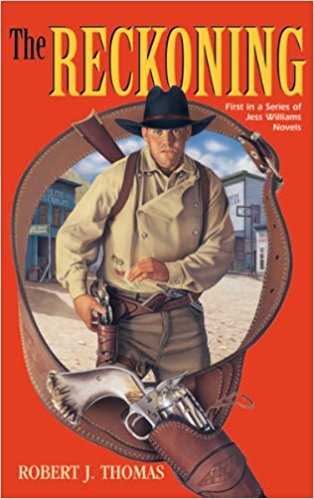