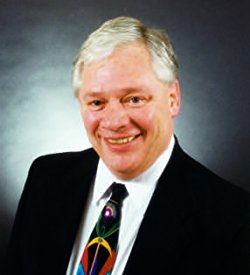 Robert J. Thomas began working at the City of Westland, Michigan, in September of 1970. In 1990, he was sworn in as the City’s full-time Mayor. He won two reelection campaigns, serving twelve years before he retired in 2002.

His proudest achievement though is his western series featuring the character Jess Williams. He has written and published over eighty books in the series to date on Kindle. The newest book is Justice Reigns. He plans on continuing to write as many books in the series as possible. He was also selected as a KDP Select All-Star Author of the Month for three months in a row in 2014.

Kindle has allowed him to continue with the Jess Williams series and all his efforts will be focused on that series alone for the next few years. He has consistently ranked in the top 100 authors in his genre for the last few years.

Retired, he now lives in Mississippi, overlooking the Gulf of Mexico with his beautiful wife Jill. At his work table, he has a remarkable view of the ocean while he continues to write more Jess Williams adventures for his readers to enjoy!